"The pessimist complains about the wind. The optimist expects it to change. The leader adjusts the sails.” — John Maxwell Our MinistersGet Involved

Latest Updates From Our Board of Directors

2021 End of Year letter with our directors

Dear Unity Family,  Happy Holidays! All of us on the board of Unity Community of Central Oregon would like to take the opportunity as we celebrate the holidays and New Year to offer a huge heartfelt thank you. We appreciate all the time, energy,...

END_OF_DOCUMENT_TOKEN_TO_BE_REPLACED 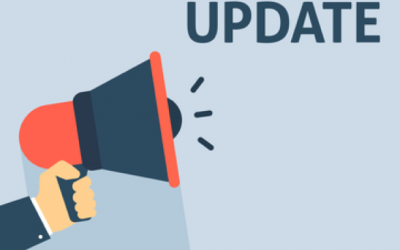 Q4 2020 Letter From Unity Board of Directors

Hello Unity friends, As we move into the Season of Light Returning and all the holidays that go with it, we on the Unity Board of Directors are thinking of each of you and holding you in our hearts with so much love and gratitude. We thought that even though it’s not...

END_OF_DOCUMENT_TOKEN_TO_BE_REPLACED

Hello, Unity Community!  What a wonderful community we have here in Central Oregon! My first year as Treasurer has blessed and enriched my life. It's my responsibility to provide financial oversight, planning and budgeting, financial reporting and financial...

Board of Directors President

Clare Kubota was born and raised in Hawaii and moved with her now husband, Kevin, to Los Angeles for college, and then to Bend in 1996. She and Kevin have owned Kubota Photo-Design Inc. for over twenty years.

Being an entrepreneur, Clare has had to learn all things business-related: marketing, managing a staff, bookkeeping, and everything in between. Work has taken her family traveling all over the world and allowed them to give back to those in need in many ways.

Clare has three sons, two human and one four-legged and furry. Her passions include travel, hiking, yoga, paddleboarding, and mountain biking. Clare has been a Unity member for three years.

She is honored to be part of the board and give back to the community that has helped expand her spirituality and been such a blessing in her life.

Board of Directors Vice President

Cylvia Hayes is a certified Empowerment Coach and Trainer, an award-winning environmental and antipoverty activist and the former First Lady of Oregon. She is founder and CEO of 3EStrategies and Cylvia Hayes Enterprises.

Her book, When Life Blows Up: Peace, Power and Reinvention was just released in Janary 2020.

She is on the Board of Directors of Unity of Central Oregon and serves on the Core Team for UWM’s EarthCare program.  Cylvia has completed the prerequisite courses in the Unity ministerial program and moved into the full ministerial training program in Fall 2019.

She is a major dog lover, a beekeeper, river rafter, hiker and unabashed tree-hugger even though she was raised a rough little redneck (that part is said with respect and a smile).

Board of Directors Secretary

George Lemagie lived most of his life in Washington State attending the University of Washington in Seattle, earning a B.S. in Forest Resources with a major in Outdoor Recreation, followed by postgraduate studies in Urban Design and Planning.   He later worked for Washington State Parks as a naturalist, historical interpreter, and park ranger, sharing his love of nature with park visitors.  He has also worked as a planner/project manager for Southern California Edison.

Life brought George from California back to Bend in 2016 with his wife, Suzanne.   Together they have four sons and five grandchildren in their blended family.

Following his retirement, George returned to his original passion of nature.  He has worked for the non-profit, Discover Your Forest, training volunteers to interpret the natural environment for visitors at locations throughout Central Oregon and now works seasonally as a Forestry Technician-Recreation for the US Forest Service.

George was a charter member and training coordinator for the Pacific County Cliff Rescue Team, Past President of the Washington State Park Rangers’ Association, and a Climbing and Mountaineering First Aid Instructor for the Olympia Mountaineers. He is currently a founder and board member of the Central Oregon Geosciences Society.

As a member of the Unity Community of Central Oregon, George is again sharing his love of nature by leading the Outdoor Activities Group and participating in the EarthCare Program.

Board of Directors Treasurer

Susan graduated from UCSD in San Diego with a degree in Management Science and continued her graduate studies at USD receiving her MBA with an emphasis Finance.  In 1989, she and her husband Greg started a business in window replacement where she served as CEO.  In 1995, Greg left and went on to pursue other business opportunities.

Over the next 10 years Susan grew the business to four branches in California and Oregon with 220 employees.  In 2001, her business received an award from the National Better Business Bureau for strong business ethics, commitment to their communities and to employees. Home Depot acquired the company in 2005.

Subsequently Susan has founded and operated several smaller companies and has raised two sons, now 25 and 28.  In her free time, she enjoys running, mountain biking, surfing and yoga. Susan also enjoys volunteering and fundraising for various organizations, including Mother Miracle School in India, and serving on the board of Unity.

Jim was born and raised on the southside of Chicago and at the age of twelve his family of eight moved to a small farm twenty miles west.  His farming life gave him an appreciation for the land and animals as well as provided a deep and profound connection with nature.

Jim served in the Navy for three years as an electronic technician which gave him a start in the field of scientific instrumentation in which he spent the next fifty years.  He recently retired from his global travels as an international expert in the development and marketing of portable and hand-held spectrometers.

Jim is a Unity Minister of Light and a self-published author of the book Flash, A Life of Adventure Relived in 3-1/2 Seconds, based on his spiritual awakening after a near-death experience at the age of thirty-one.  In this out of body experience, he relived his entire life beyond the bounds of time and came to realize who he really was–a spiritual being having a human experience.  This awareness changed his life forever and has been on a path of inner discovery ever since.

In 1980, he discovered Unity in Austin, Texas where he served as a youth minister for seven years to Youth of Unity teens and where he met his wife, Joanne, in 1984.  He and Joanne moved from Austin to Bend in 1990.   Jim is a proud father of five, grandfather of seven and great-grandfather of two.

In addition to his love for exploration of spirit within, he feeds his love of adventure with frequent motorcycle trips and wilderness hikes around the USA and Canada.

Serving on the Unity Community of Central Oregon Board of Directors gives him an opportunity to give love and light back to the world.  To summarize his view of the Unity board’s potential and his part in it: “Never doubt that a small group of thoughtful, committed citizens can change the world; indeed, it’s the only thing that ever has.” ~ Rev. Margaret Mead

Jane Hiatt, as the senior minister, has an automatic position on the board. Besides the experience of being immersed in overseeing the spiritual guidance and operations of Unity Community, Rev. Jane brings the experience of having been an influential president of Connect W, a women’s’ networking organization, for two years. Under her leadership, the organization made a turn towards the importance of connection and saw a significant growth in membership. She has also served as Programs Director, Membership Director and Board Development Director for Connect W. Rev.

Jane has a history of leadership in organizations she has belonged to. She held several offices over her ten years in Toastmasters and was the president and program director for a Mom’s Group.

She has been a successful entrepreneur for 25 years with a private practice in counseling and hypnotherapy. She is also the author of two books, Magic Child and Love Letters from the Mother.

Rev. Jane has made Bend her home since 1992. She is married to Jeff Hiatt and between them they have three grown daughters, two grandsons and one dog.

Penne moved to Bend/Redmond from Chicago six years ago. Born and raised in St. Louis, Missouri she attended Washington University, St. Louis where she studied design.  Although a Midwesterner, the Naval Officers Candidate school awarded her the time to enjoy Newport, Rhode Island while her new husband studied.  After three years of Navy life she moved to San Jose, California where her son and daughter were born.

In 1980 she moved to Tacoma and then to Gig Harbor, Washington.  She returned to school and graduated with a BA in Arts Management and Design from the Evergreen State College in Olympia, Washington.

Although Penne’s passion was design and gallery management she turned to nonprofit administration, volunteer management and fund development where she spent more than 28 years. She has worked for numerous major nonprofit organizations including the March of Dimes, American Cancer Society, the National Multiple Sclerosis Society of Greater Illinois, and Little Brothers, Friends of the Elderly, Chicago Chapter, as well as two major Health Systems. She held positions of Director of Volunteer and Auxiliaries, Director of Development and Chief Development Officer (CSO).

After she developed the Volunteer training manual for the Greater Illinois Chapter of NMMS society, she served as a National trainer for volunteers for the National MS Society.

For the past 27 years she had been coming to Bend twice a year to visit her daughter (and now) family.  In 2012 when her son and family moved to Portland, she decided she wanted to return to the Pacific Northwest to spend time with both her children and their families. And so she does. 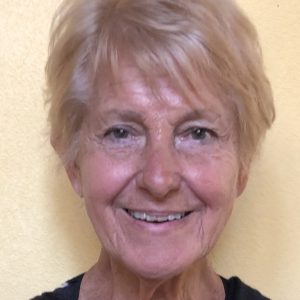 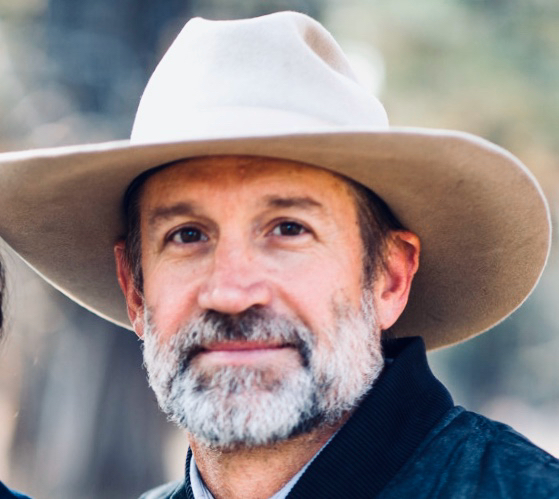 Rhett is a graduate of Stanford University, earning a Bachelors degree in History with a focus on Philosophy/Classical Studies, and completed Post-graduate work from the McCombs School of Business at the University of Texas at Austin.  Rhett and his wife and son moved to Central Oregon after making the decision to step away from a 20 year corporate career in the Biotech field.  For the last 25+ years he has been asking questions, reading voraciously, and journeying near and far, which has fueled a lifelong pursuit of truth culminating in becoming a member of Unity Community of Central Oregon in April of 2018.

From 1993-1999, he played professional soccer across the globe, ending with the New York MLS franchise, including a role on the Executive Committee of the MLS Player’s Association.  In mid 1999, Rhett was employed by Abbott Labs, where he had the good fortune to contribute to clinical research and then assume senior leadership positions including Vice President of sales, operations, and logistics for the greater Pacific Northwest from Alaska to CA, including Nevada, Idaho and Montana.  He has held numerous Board positions over the last 20 years, including a non-profit focusing on the challenges of teenage suicide.  He has been a celebrity guest teacher for Teach America, and has had the distinct honor and privilege to have volunteered with the Missionaries of Charity in Calcutta, India at the Prem Dan Center, working in the medical ward.

Rhett believes that Unity has a unique opportunity to lead the larger Central Oregon community and he is committed to helping contribute to the Unity mission in the years to come.  He is passionate about helping to redefine what ‘service’ truly means, and believes deeply in the credo… “Live so that others get the credit, God gets the glory, and you get the joy.”

I’m New
What is Unity?
Facility Rental
Community Outreach
Our Ministers
Board of Directors

We are meeting in-person AND live-streaming services every Sunday at 10:00 AM Pacific!

Come and join us!