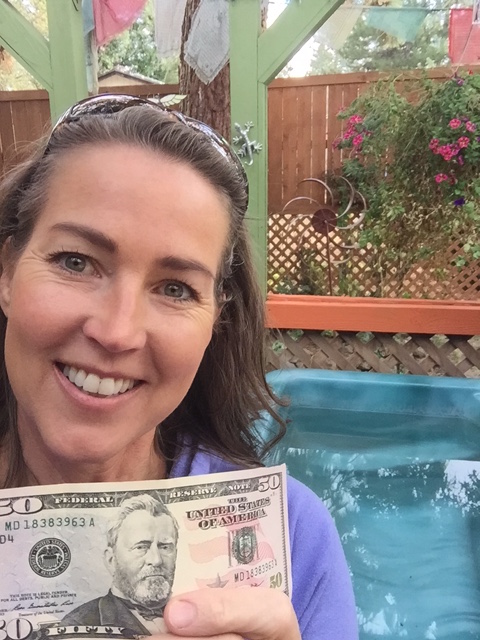 I just had an amazing Unity experience. Like many of you I am currently in the Absolute Abundance course. While I feel massive abundance in many areas – relationships, my lovely home, my health – on the financial front, to say the least, I am not where I want to be! I’m self-employed and have been dealing with major cash flow challenges including delayed start dates with new clients and delayed payments from old ones.

The financial roller coaster and scarcity fears are way too familiar and I am now determined to break through them and step into financial mastery. That is the main reason I signed up for the Abundance class.

Yesterday I woke up with “Monkey Mind”, worried about money issues and bills, but through my morning practices, which are largely Unity-inspired and aligned, I was able to shift that fear-based thinking far more easily than ever before.

In that clearer state I walked into the Abundance class. Pretty soon Reverend Jane handed out real dollar bills that had been cut into puzzle pieces and told us to write down what we were thinking about that cut up money. OK … I’m game. I’ll play.

Then she tore up a REAL $50 bill. What? What the heck?! The whole tone in our group shifted from playful to serious. We had a very charged and telling discussion about it. As that was going on I got to thinking about how much Jane was giving us. Her time, her energy, the preparation effort and even her own money. I wanted to give back a little bit. I only had $10 cash with me, but I gave it to her. She accepted it warmly. It felt good.

Then Jane made her next move which took me back 15 years. Way back then I had attended a workshop led by a person who had, much more recently behaved very badly toward me. I did not have a positive feeling toward that person.

However in that workshop all those years ago this person had held up a $20 bill and asked, “Who wants this?” I didn’t speak up. I guess I couldn’t believe anyone would really just give me twenty bucks. Somebody else did speak up and they got the money.

So, yesterday, when Jane held up a new, fully intact $50 bill and said, “Who would like this?” Immediately I shot my hand into the air and said, ”Me!” And it was mine! Afterwards I realized that the person who had recently wronged me had, in another role and time, also been an important teacher. I would never have jumped in to claim the $50 had I not been in his workshop all those years ago.

But Wait! There’s more to this Unity 50 Shades of Abundance experience!

Honoring my commitment to tithe, before I left our Absolute Abundance class I wrote a $5 check (ten percent of the $50 Jane had given me) to Unity. It felt good to feel abundant enough to drop that small check into the basket.

Then I rushed home to meet the repairman for my hot tub. It had stopped heating a week earlier. Even though it’s old it had never done that before and I was worried it was pretty serious – a heating element, a burned out pump, something expensive.

I was struggling with guilt, indecision and scarcity worries. I was feeling like, “You know my tub is not a necessity. Maybe it’s just decadence to spend money getting it fixed right now. Maybe I should just drain it and turn it off.” On the other hand I missed it terribly. It was the place where each morning I would sit in warm water out in my peaceful little yard surrounded by birds and squirrels and meditate, pray and do my spiritual studies. It was a sacred little space and I always felt peaceful and abundant when I was able to start my day in such a sweet, beautiful, gentle way.

The repairman showed up. I pushed the worries away and tried to stay in the glow of Abundance thinking. In less than ten minutes he got the tub working again. It turned out that leaves and pine needles had been sucked into a valve and were blocking intake into the pump. It didn’t need any big repairs or any new parts!

For me this was an amazing example of flow and what can happen when we shift our focus from scarcity to gratitude. Feeling grateful for our lovely Unity Central Oregon community.

P.S. This was written with a sense of gratitude and abundance while soaking in velvety warm water on my vibrant little back deck! 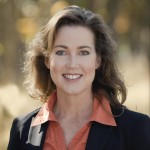